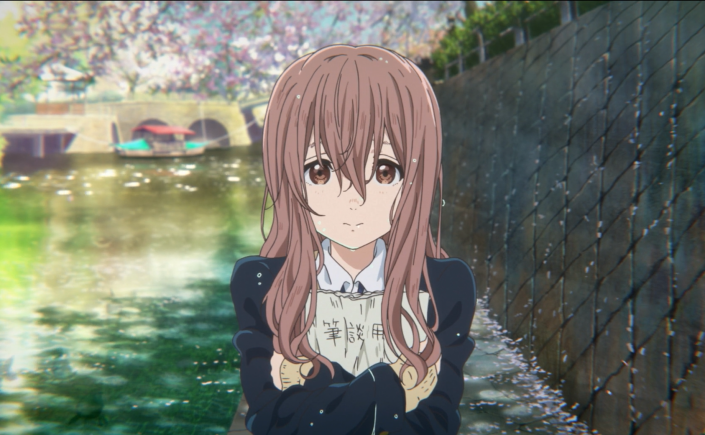 Out of many great films that have been released in the past 2 years, A Silent Voice was one that I was probably the most excited to see, as the manga had been something I’ve heard about off-and-on for a while. I would also never pass up an opportunity to see a Kyoto Animation (KyoAni) work in theaters, as their style remains consistent, but are always continuing to build on what they’ve learned with their previous works.

One of the staple aspects of KyoAni and Naoka Yamada, the director of A Silent Voice, is the fact that subtlety is largely implemented in the stories of their films and it becomes a story told through the animation alongside the actual written story. While I won’t say that A Silent Voice is a narrative in the same vein as works such as K-ON! or Tamako Love Story (also both directed by her), the subtle nuances of the characters are absolutely there and are something to be appreciated throughout the film.

Probably one of the more interesting aspects to note about A Silent Voice‘s narrative is that it doesn’t start out as poetic as you may expect, although this may not come off as surprising if you’re familiar with the overall narrative of the manga or read the synopsis beforehand. A Silent Voice is not a beautiful story; it’s a painful one, and becomes even more so of one as the story progresses, with no character being an exception to this rule.

That’s not to say that the film doesn’t have any lighter or comedic moments, as there were several comedic scenes that were probably some of the better ones that I’ve seen throughout anime this year, but the film itself is very heavy-handed in terms of content, even more so than I expected. Despite this, it manages to maintain itself as a work portraying the situations of the characters as a life-like scenario that could happen, but also distances itself from the more extreme versions of how they could unfold, which is a key factor in how the dynamics of the narrative work in this film. To a lesser extent, the film is probably a relative narrative to many school-aged children, teenagers, and even adults all across the globe. The social aspect of school, especially at younger ages, is rough sometimes; there’s no other way to put it. It’s hard to find friend circles to fit into. You may run into unsavory people that you might think are friends, but are actually just finding ways for themselves to benefit from something of yours. You might even run into two-faced individuals; someone can be your friend in one instance and turn around and say the worst things imaginable in the next.

If you’re unfortunate enough, you may be bullied into never wanting to show up to school again, or, possibly you could be the one causing the bullying. There’s all kinds of people you can encounter in a school environment, and A Silent Voice portrays the ugliness of that perfectly, but it doesn’t stop there. Portraying that sort of scenario to a realistic degree is enough in of itself, but the film decides to step up its game and take this concept even further to present us with a question “How many lives can a single incident of bullying affect?”

The answer may seem obvious that the extents of an incident of bullying goes far beyond the person being bullied, but A Silent Voice also bring us to an interesting point on the topic: bullying can also affect the culprit as well as the victim.

This isn’t something I’ve seen touched on before, albeit probably for the obvious reason of “they’re bullies, therefore they’re bad”, whether that’s caused by a direct decision in the initial writing of a bully character, or by our own mindset when viewing that type of character within media. I can’t imagine most people (myself included) witnessing the act of bullying and attempting to feel sympathy for someone like that. While the scenario in A Silent Voice is probably written for this sort of situational take on the topic, it doesn’t make the act of bullying any more glorified, and in fact, makes it even less so.

Sure, an actual scenario may not be anything like what A Silent Voice portrays as the scenario to sympathize with a bully, but just as with Shouya here, it shouldn’t be an unforgivable action that we as a society should ostracize them until the end of their lives for, as that can be a form of “bullying” in of itself. That last point is especially emphasized throughout the film, as even after his bullying days as a child are long over, Shouya has to live with the consequences of his actions in his later years of school. While at first this may be cathartic for us to watch in some regard, as the bully finally gets what was coming to him, the film also clearly presents this as a burden that shouldn’t be carried throughout the entirety of someone’s live, having to pay the consequences of your actions until the day you die, or at least until you feel like your sheer existence is awful enough to seriously consider that as the only option to escape.

This feeling of “having a never-ending burden to carry” isn’t exclusive to Shouya either, as Shouko harbors similar feelings as someone that suffers from a disability that will affect her for the rest of her life.

After all, one of the reasons that Shouya ends up connecting with Shouko the most out of all of his friends in high school is exactly for this reason; they’ve both experienced the same sort of burden placed upon them by being outcasts of society, and because of this, Shouko feels that she can both trust and empathize with him more so than anyone else. 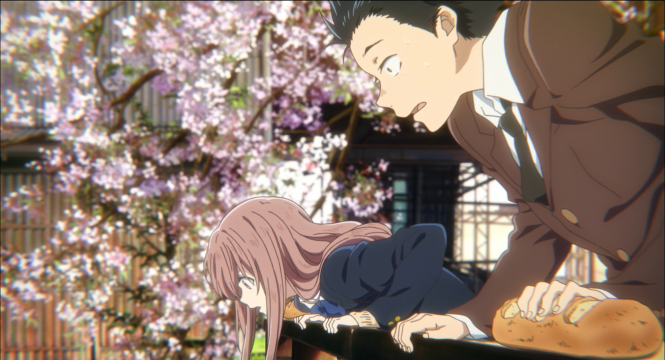 But that’s not to say the troubles of your past instantly heal by finding someone in similar emotional anguish as you. It’s one thing to get society to accept your changed self or your situation, but it’s not as easy to accept yourself on those same terms.

Accepting yourself despite your past becomes a difficult task, knowing that you’ve caused trouble for people around you isn’t exactly a feeling that disappears overnight, especially when being told and shown day after day that what was done makes you one of the worst people to set foot on the earth. Shouya continues to feel that it’s even wrong to be friends with someone he caused so much suffering for, and Shouko feels that even if she can trust and forgive Shouya’s past self, that doesn’t mend any of the pain that he’s feeling now.

Because she was the catalyst of the situation, she suffers knowing that her existence is what has caused him to undergo this much grief and feels that no matter what she does for him now, it will never repair the unimaginable agony that her life has caused Shouya. For Shouko, it becomes even more complicated to realize your feelings for someone that you empathize with so much, yet even thinking about expressing those desires can make you feel like you don’t deserve to because of the amount of torment that you’ve caused them.

It becomes a situation where not even death can feel like atonement.

Eventually, these feelings can work themselves out by fighting hard enough against them, and with enough support of those close to you, it can feel like a glimmer of hope within the never-ending swirling grief that you’re in, which is similar to how the film itself ended.

That alone can be enough to pull yourself out from the darkest of places, but what the film didn’t portray was how it’s always an ongoing life challenge to keep fighting when experiences created by societal labels haunt and degrade you for so long.

It’s something that can never be forgotten, only fought through. 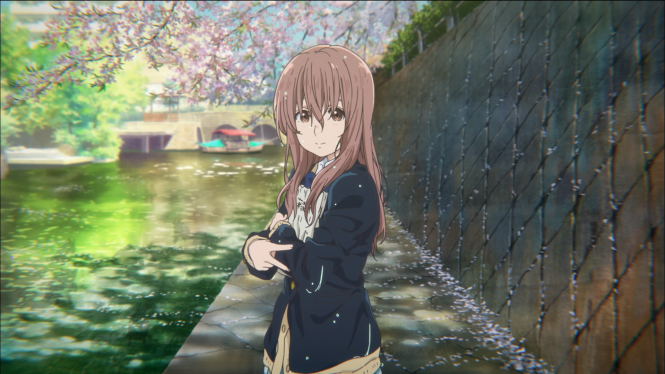