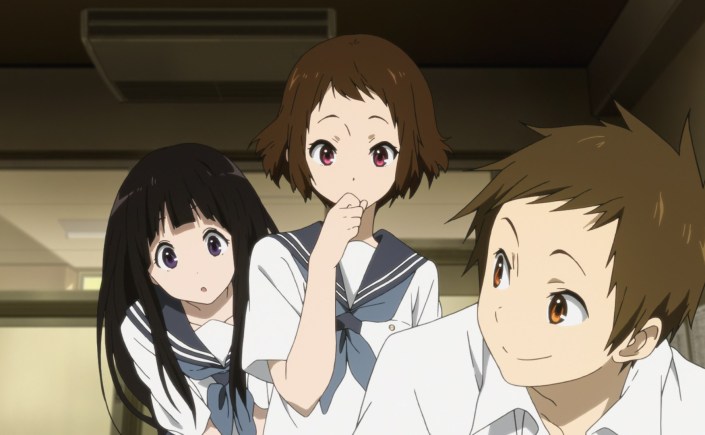 Jumpin’ Joestars, it’s a new month, and it’s Autumn in North America! You know what that means – another introduction for a Backloggers monthly round-up that’s talking about the weather and how fast this year is moving! Seriously though, a year back, it felt like these posts, and everything else, really, came and went quite slowly. But time has been picking up its pace recently, and we have certainly been feeling that here at Backloggers HQ. Most of all, we’ve felt that in the deluge of great articles and posts that the community has put out this month! I feel as though we say this every time, but truly, this is just a small taste of the hot content that was available in the anisphere from the month of September. So sit back, relax with a warm drink of your choice, and dig into a little bit of what our peers have put together!

I’ve mentioned before about how personal pieces that connect with anime are one of my favorite types of articles to read, and Lethargic Ramblings does a great job on this one in particular about Magical Girl Site, a show that garnered so much hatred when the show aired.

The article not only goes into the personal connections that Lethargic has for the show though, but also mentions aspects of the community that have been brought to light because of this show in particular, especially when it comes to bashing on shows that we hate. There’s definitely a lot to dissect in this piece regarding the themes of the infamous Magical Girl Site and it’s definitely worth a read even if you despise the show and what it’s doing, and Lethargic explains why that is very well.

Your Name: Disastrous Places and Liminal Spaces – ZeroReq011 from Therefore it is (@ZeroReq011)

Your Name may be a film that’s been discussed a lot since its first release in Japan, but the wide variety of analysis surrounding the film itself continues to amaze me. ZeroReq’s article continues to expand on some of the main themes of the film, talking about the aspects of distance and intertwining worlds and lives within the film, focusing on the characters and the situations they find themselves in.

These aspects are something Makoto Shinkai thrives on in other films as well, such as 5 Centimeters per Second, and is a key part of the sekai-kei nature of many of his films. His article is a great read for anyone that’s a fan of Your Name, and I encourage watching it if you haven’t done so already.

This article from the KawaiiPaperPandas blog is about a show that I was interested in watching but never had the time to invest to do so, but this article has piqued my interest once again.

While the subject matter within the article regarding mental abuse and bullying may be a sensitive issue for some readers, the content still remains to be an interesting breakdown of one of the characters within Happy Sugar Life, a show that didn’t see much recognition during discussions of the airing shows. The article goes in-depth regarding this, citing specific scenarios and tendencies to point out about this character in order to show how these traits have caused negative changes in other characters over time as well. It’s not meant to be a scientific read, but it is a valuable one nonetheless.

Bobduh is at it again with another wonderful post, this time detailing how the Monogatari series just can’t seem to die… and how that’s not only kinda a good thing but also pretty damn impressive.  It’s a well-known joke that this series is a continuously larger and larger cash cow for Shaft but at the same time, what makes this so amazing, as Bobduh points out, is how the story can successfully continue on when the series has basically wrapped up several times over now.  It’s a great read and an interesting thought on how certain series can be written to enable them to keep going well after the initial plot is over.

Demons at the Dinner Table: How Today’s Menu for the Emiya Family glosses over domestic abuse – Jessica Engelbrecht (For Anime Feminist)

Over at Anime Feminist, Jessica Engelbrecht discusses an issue with adaptations and spin-offs that I hadn’t thought about before.  I’m all for alternate universe versions of shows that allow for a little bit more fun and humor. It’s a great way to explore a not as drama heavy version of characters we love.  It’s one of my favorite thought experiments to picture how characters would live or behave if the world was safe and they didn’t have to spend their days struggling for good or evil.  However, as Engelbrecht points out, it can become an issue depending on how certain characters may be written and the dissonance of that representation between the alternate and original series.  In this case, how Today’s Menu glosses over and almost writes the Fate series’ infamous abuse scenes off as not as serious as they are or, even worse, as acceptable relationships.

Finally, I wanted to link to an absolutely wonderful post that I surprisingly found over on VRV’s blog (which, now that I know is a thing, I think I’ll have to look into more).  Terence Wiggins writes about how problematic it can be for representation to constantly see characters who are able to easily come out on top or never question their morals, particularly for those like like myself or the author of this article who struggle with mental health issues.  This is why it’s so amazing to see heroes who not only physically struggle but are also seen even questioning themselves or losing their way. It’s these types of characters who are allowed to lose again and again, experience that defeat, and then to learn and find themselves again through personal hard work and helping hand that can be some of the strongest, most encouraging and believable stories, even if they are about a teenager who’s best friends with an anthropomorphic duck and dog and hits things with a giant blunt key.

As a bonus, I also wanted to shout out ZeroReq, who has decided to live in Japan for a while.  I found their article on how the transition has been as well as what they found interesting from their own experience really enjoyable to read.  I hope you all enjoy it as well!

And ZeroReq, best of luck to you.  I know personally that moving cross country can be stressful and that doesn’t even have a language barrier, let alone an actual international barrier to go along with it.  So, I wish you all the best in a new country and new experience!  Don’t fret too much about the posts. We’ll still be here for ya when you get the time.

Frog-kun’s analysis of Comiket is pretty damn refreshing. From his outset of discussing how Comiket has been “mythologized” to the point of it being a legend and a mecca of sorts for some anime fans, he makes it clear that this elevating of the event leads to a hell of a lot of disappointment. And to be honest, this is…kind of comforting, in a way. Having only seen Comiket through the lens of characters struggling through heat, lines, and general discomfort for the prospect of essentially getting access to an enormous Artists’ Alley, it’s always seemed like there was something incredible about it. Frog-kun does discuss some of the magic of it, however – meeting with creators, having such a large, intense gathering of like-minded individuals, and other things – but ultimately, that it’s just another big con, focused on merch. As they note, “once you’ve stripped away the discomfort, there’s nothing truly special about the experience”.

It might sound somewhat odd to say, considering that Comiket has seemed like something I have wanted to go to for some time as an anime nerd bucket list kind of thing (and in truth, part of me still does), but it’s nice to have some confirmation that Comiket actually is pretty rough, and having a specific account of why is comforting.

Twenty-Four Anime I Liked and Why – Punished Hag (@punishedhag)

With this piece, Punished Hag has contributed to what The Backloggers are truly about – having way too many anime we want to watch, and zero time to watch them. Hag’s list of anime, spawning from the bingo chart meme that popped up recently on AniTwitter, it quite varied and unique, as she herself states. Personally, I had heard of less than half of this list, which was hugely exciting, given that the way in which she works to summarize each show made me want to check out just about every one of them. My backlog grows, and my soul dies just a bit more on the inside, which is how it should be. Thanks, Hag!

The Afictionado’s piece on Hyouka hones in on one part of why I love the show so much – how it plays with some standard, established character tropes, and how it works to break them down in their cast, making for a pretty solidly engaging bit of character drama. Her discussion of the proliferation of the “he’s-a-jerk-but-a-genius-and-we-love-him-for-it” trope and how it’s a load of hooey is fascinating, especially in conjunction with talking about the BBC’s Sherlock, and is able to bring some great commentary on the power of empathy, what makes (or doesn’t make) us special. It’s a lovely piece, and one that is well-worth the read.

Thanks again for coming with us in our monthly post adventure! If this isn’t your first rodeo with us, thanks for sticking around! It’s always good to have familiar faces stopping in. And if this is your first roundup post with us, welcome aboard! Hopefully it left you with a grin on your face, and a good sense of what the community as a whole is putting together these days. If there’s a post that we missed that you think should have been featured, let us know through any of the available means possible (Twitter, comment section, e-mail, whatever). In our quest to love anime as best we can, we’re always looking for blogs to follow about any sort of media topics, so feel free to share whatever you may find, even if it’s a cool piece that you wrote that may have gotten overlooked! We’ll gladly give it a read!

For all you content creators out there, thanks as always for doing what you do best! Keep on keepin’ on, and we’ll see y’all next month!