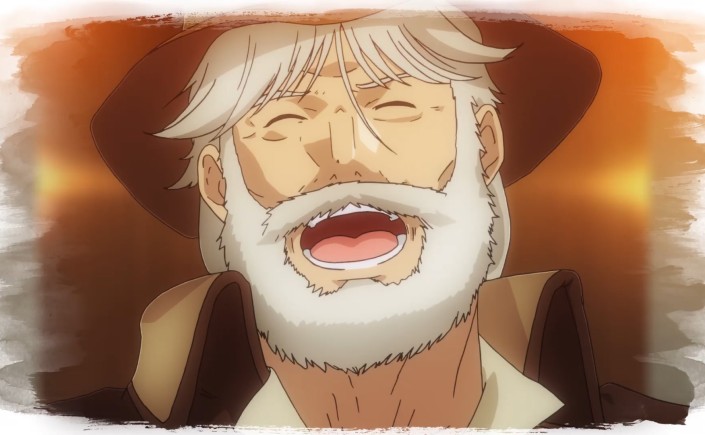 Well, it’s another month in the Anisphere and there’s been a ton of new and awesome content to check out!  It seems like every month there’s just more and more incredible analyses, entertaining videos, and in-depth podcasts that I’m having trouble wading through the sea of content.  I love it, though, and I think it speaks to the incredible love the world has for a medium that started so little on a small collection of islands in the pacific.

Well, given how much there is to look at, we Backloggers thought we’d take it upon ourselves to point out a few.  So grab a beer and a cowboy hat as we have ourselves a hot dang hootenanny and round up of few of ‘em rascals for y’all’s viewin’ pleasure.  Ignore the Texan bleeding through and let’s get started with a choice pick from all of us at the Backloggers!

How Much Money do the Biggest Anime Pirates Make? – Geoff/Mother’s Basement

Geoff takes time in this video to talk about how a certain illegal anime streaming site makes millions of dollars per year through shady tactics, lots of ad revenue, and straight-up theft. There’s a lot of good discussion abounding in this one, talking about business practices, the nature of pirated anime, the support of animators and creators, and much more, so it’s recommended that you just sit down and watch this one ASAP.

How Close is Anime to Mainstream? – Gigguk

This one has been on my mind for a while as almost everyone I talk to, whether at work or out on the street, at least knows about anime if not actively watches it.  Gigguk breaks down the current international status of anime and it’s popularity, showing nostalgically how insanely far it’s come as a medium in only four years, going from almost exclusively reliant on television and DVD sales to a massive streaming battleground of thousands of shows and hundreds of millions of people watching and creating.  The video is incredibly interesting to watch (with some choice music) and shows that while anime may not be completely mainstream, it’s gotten so damn close that it’s become a huge force in the modern pop culture phenomenon.

This is a wonderful post by The Afictionado on a neat little show all about girls openly discussing their bodies.  As someone who grew up with two progressive older sisters I was close to, I can attest that body talk is not strictly a man’s game so it’s annoyingly weird that this is so one-sided in media, with rare exception like Bridesmaids or the occasional quip in the recent Ghostbusters.  Welp, Galko-chan wants to change that and thanks to The Afictionado, I have a new light on the subject as well as an incredibly catchy song about periods stuck in my head.  Check it out!  And while you’re there, The Afictionado did a superb piece on Princess Principal that deserves mention and attention.

Nobody’s Heard of You And That’s Okay – Prattle

Prattle’s recent post spoke to me personally and gave me a much needed bit of optimism.  This month, Prattle put out a great piece about taking advantage of obscurity to experiment, reach out to others, and fail gracefully.  The views and success will always come later.  For anyone that does blogging, videos, or even someone who just creates in some way, it’s a great post to give you a pick me as well as forge a mindset for success moving forward.

I’ve recently been re-watching Hyouka in celebration of the Blu-ray release, and it just so happened that I found this article by Inksquid about one of my favorite themes of the show. Oreki’s struggles of trying to figure out what type of life he’s trying to live, the “grey” life he’s been living or the “rose-colored” one that others do, is such a vital portion of the show. However, I’d never thought about Hibike! Euphonium displaying the same sort of character conflict, which just makes me love both of these shows even more than I already do. I really, truly enjoyed this piece, and I hope we’ll see more articles about older shows with new official licenses such as Hyouka in the future.

While following this season’s airing anime, the sequel to New Game! was definitely not high on my “interested in watching” list due to its nature of the first season, but I have a new appreciation for the show once it started tackling much more serious topics than it predecessor. Zeria from Floating into Bliss wrote an article about their experiences with the second season of New Game! and talks about some of the harder-hitting moments from the show and how it is a major improvement in many regards to the first season. The heights that the new season has taken so far has definitely been exciting for me to experience, and I’m glad to see that same level of excitement from the perspective of someone that enjoyed the first season as well.

And of course, I couldn’t leave out one of the most talked-about shows from this month: the “ending” of Monogatari (let’s be honest, we know it’ll never end). Bobduh has written a great piece concerning the different artistic directions that the show has gone through during its different arcs and how it fits the various arcs of the series. There’s tons of cinematographic knowledge and includes several great examples of how these visual moments affect our perception of events in the anime.  It’s a great article, and if you’re interested in Monogatari at all, it’s an exciting read as you journey through seeing Monogatari visually transform through its arcs. Truly fascinating.

Why we call it “Yuri” – Erica Friedman

AniFem gave us the awesome opportunity this month to hear from the prolific Erica Friedman,  giving a peek into the origins of the term “yuri”, and the history surrounding the cementing of the genre’s name. One of her central points throughout the piece is the importance of the term itself and its origins, especially since, as she puts it, “as the term “yuri” shifts and changes, people lose sight of how we got to using that term and why it’s important.” Not only is it an interesting look into yuri, discussing the plethora of terms pitched by various groups and individuals, but it is also a great starting point from which to dive more into yuri and yuri culture, as Friedman provides numerous resources for further reading of all kinds within and about the genre. Highly recommended.

Sayo Yamamoto will save anime (for me) – Caitlin

This piece by Caitlin of I Have a Heroine Problem is a great read on so many fronts – on one hand, this piece is a discussion of the difficulties that come from being a feminist anime writer and fan. Coupled with this, however, is a brief look at anime industry powerhouse Sayo Yamamoto (the director of Yuri!!! on ICE and Michiko to Hatchin, among other works), and briefly on animator and director Eunyoung Choi. Coupling these, Caitlin talks about how these two women have worked to create within their works women who are, above all else, “authentic”, and it makes for a powerful, personal discussion of the lasting impact that industry folks and the anime that they create can have on us. It’s a short, wonderful read, and it really made my day reading it.

Speaking of things that made my day, Anime is Lit’s second episode covering Thunderbolt Fantasy was just the thing that a horrible work day early this August called for. Krissy and Danny’s podcast chemistry (as well as with their special guest/sound engineer/roommate Amanda) is incredible and makes for a consistently fun listen, whether they’re getting into a nitty-gritty analysis of Thunderbolt Fantasy itself, or if they’re blowing my mind with neat stuff about Budaixi puppetry. The pod’s first episode, which covered the anime cornerstone that is Bananya, was great, but this longer episode really gives the crew a chance to strut their analytical stuff and really give a deep dive of treating anime (because Thunderbolt Fantasy is pretty much in the anime vein) as though it were literature. There’s a bunch of solid, fascinating discussion, and also a lot of general nerding out over the show, and it actually was the final push I needed to start watching Thunderbolt Fantasy. If you’re even remotely interested in the show itself, or critical anime discussion, do yourself a favor and give it a listen.

It’s Tofu here! Thanks for joining us for our round-up of just a few of our favorite pieces of this month! Beyond that, thanks to everyone in the community making incredible content that we love to read and listen to here at the Backloggers. They’ve already sparked a few good talks among us here, so hopefully you all find something in our picks that sparks some bit of interest or discussion in you!

If you have any pieces that you think were good from this month that we might have missed or that you want us to check out, feel free to throw them down in the comments, and we’ll be more than happy to read and respond to them!

Thanks again, stay tuned for next month’s post round-up!