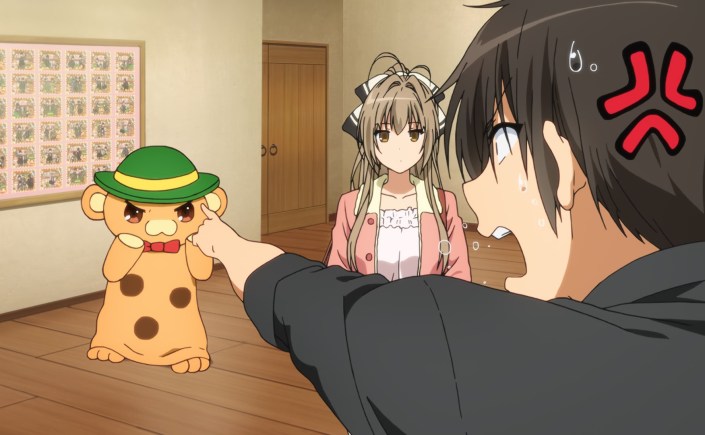 In the past five years of being a blogger and almost eight years of being an anime watcher, I’ve personally seen a lot of discourse and discussion over a variety of topics from plenty of angles – opinionated and factual alike. There are always those debates, though, that continuously circle back around after some time again and again, almost as if they are scheduled to appear once a few months have passed. There’s never really any reason for them to re-appear sometimes, nor is there really anything new to add to the discussion, but they reappear anyway and suddenly they become the hot topic of whatever your preferred social media platform is. It’s akin to watching some horrible rendition of Re:Zero where instead of watching Subaru trying his best to reach his goal and making several mistakes that result in his death instead, it’s watching people you know engage in futile discussions until they’ve either said their piece or become a completely different person than you once knew.

This is why when I found that fellow blogger Irina posted an article about this sort of phenomena that occurs so frequently, I was curious to see what sort of community debate overlap or dissonance we were experiencing within the anime community. I found some of these topics discussed in the post lined up pretty well with what I had noticed from the community and definitely shared some of those same sentiments. While I could also add many other topics to the list, I wanted to take some time to focus on what Irina is talking about in the post itself: the nature of how these debates are no longer “interesting” to have.

While I do agree with Irina in that some of these debates are no longer “interesting”, I also don’t think that these discussions are inherently useless and should be tossed by the wayside so easily. When it comes to seeing these types of debates, one of the questions I always ask myself when they resurface is, “Is there new information that came out about this discussion or is it being introduced by someone that’s new to the community instead?”. These two different aspects, while the former being more inherently useful than the latter, doesn’t mean that the latter is worthless either though. As these arguments can be needlessly repetitive, sometimes there’s value in restating some of the key points that these discussions tend to bring up, specifically if there’s a current event that typically can trigger these discussions to happen.

I’m sure we’ve all seen those debates happen before something is even released.

If that’s solely the case though, then why would Irina and others be complaining about the appearance of debates such as “Subs vs Dubs” or general “Anime is X” statements? The larger problem that these arguments tend to have is not exactly that the main points have been or are being stated in the midst of the debate, but actually the nuance given in some of the comments that follow.

Take, for example, the old argument of the subs vs dubs debate. A lot of the issues that come with the debate, minus it boiling down to an opinion in the end, come from external factors that have factually based information behind them. Perhaps someone that prefers subs remembers the old 4kids dubs from back in the day and hasn’t heard any dub since then, or perhaps they tried watching a few shows with particularly lackluster or badly localized dubs. Likewise, someone that prefers dubs may have gotten ahold of some mistranslated subtitled mess of an anime or something that became unnecessary meme material. This type of background information can be important in consideration of how these arguments persist, mostly because the facts stated by each person can be inconsistent across the board. Granted, this is not just an anime debate problem either, but not being able to communicate this information effectively to another in a social environment could lead to these sorts of misunderstandings.

While these nuances can really affect the argument as a whole and without them, produce a discussion that really isn’t worth having in the first place, there are plenty of ways that these discussions can be constructive in the way that we view media. As with the “Sub vs Dub” conversations that Irina mentions in the article, while somewhat dated in the traditional way that it’s discussed in a subjective way, could potentially be turned into a more relevant discussion about whether or not simulcast translation quality is up to par with what it should be. Similar to dissecting a piece of media for its thematic aspects, there is significant importance of looking at a debate and finding what the core issues that someone has with a particular part of media is and being able to convey that properly in order to identify why these arguments continue to arise within different media pieces.

This can lead to solving more than just subjective arguments as well, since a lot of the arguments that Irina mentions in the “Anime is X” section of the article could also be resolved in similar ways. How we interact with and discuss media is an important part of how a lot of these debates tend to start, and while many people may not realize why their argument becomes more true with simple observations, these are a good springboard for discussion on the community level. These observations can create a better (or worse) personal connection to the media as a whole and evaluations of these observations can be beneficial when attempting to discuss thematic aspects within a work itself, which is definitely valuable to have these in-depth discussions about anime within the anime community. However, this is only if these discussions go beyond surface level observations and aren’t solely based on subjective thoughts, as this can undermine particular arguments and valuable meaning of the discussions regarding the anime medium as a whole.

One simple example of this was the “Is X anime a deconstruction?” debate that floated around a few years ago, which the Lyonfaced Blog discusses more in-depth in this article here. This was particularly an issue regarding when any anime had decided to use darker themes in order to make a thematic point, similarly to how Re:Zero or Madoka Magica typically would have done. However, this argument becomes overused due to the lack of nuance in ever denoting what the “deconstruction” aspect was within particular works. Eventually the argument simplified itself into “X anime is a deconstruction” without any nuance and became overused to describe any anime that had defied any sort of genre conventions, forgetting that aspects of parody or subversion could also play a role in this way.

This led to the word “deconstruction” becoming a sort of meme within the anime community, and with this, inherently devalued the anime that ended up actually using deconstruction properly, similarly to how people refer to certain works as “the Dark Souls of X”. Because of the lack of nuance that these debates had based on limited and subjective observations, this led into the use of an important literary technique being disregarded by many as simply being a part of the meme. While this situation has definitely heightened the awareness of what a deconstruction means within the anime medium, it now more so runs the risk of being overlooked as an important aspect of the work due to the overused nature of the argument, despite how useful  deconstruction as a literary device can be when discussing the nature of a show.

Simply put, if the manners and nuances of deconstruction were explained properly as to what was being deconstructed in the initial debate, then this type of misunderstanding could have been avoided entirely.

6 thoughts on “Improving Tiresome Anime Debates — A Response to Irina”