After watching various anime premieres this season, Princess Principal (or PriPri, if you’re lazy like me) was the one that took me by the biggest surprise in terms of its sheer uniqueness compared to many others of the season. That’s not to say the season is lacking in creativity, or that previous seasons had more creativity than this current one, but in this season with many anime seemingly attempting to ride waves of popularity based on other popular ones, I expected PriPri to fall in line with them in terms of having difficulty differentiating itself from shows such as Baccano! or Joker Game.

Both of these anime may have a hold on the same sort of world and narrative structure that PriPri also uses as one of its main appeals to myself and others, but that doesn’t mean it has a disadvantage to them. Rather, this is one of the reasons PriPri may gain popularity over time, with its usage of setting and narrative style being similar to shows like these while also maintaining its own unique twist on these sorts of stories.

When we we did our podcast on Baccano! a while back, I described some problems I had with its narrative, most of these being based around how long it took to get to the core of the plot and the hard-to-follow jumpy stories of the characters not being streamlined as well as they could be. For example, some characters were more important than others and obviously had more on-screen time, yet other characters were made out to be equally as important and had little to no screen time until they need to shine for the sake of the story. While this obviously boils down to preference on how you prefer your narratives to be told, I think Princess Principal sort of meets Baccano! and Joker Game in the middle with how it structures itself. It’s got the supernatural elements from Baccano! and the espionage factor from Joker Game. Couldn’t ask for more.

However, I also think it’s a bit unfair to compare this show to either of those shows. I realize that I’ve just completely contradicted this in the previous two paragraphs, but I think it’s an important point to also keep PriPri segmented from them, not because of its difference in quality, but because of how each of these shows have their own unique take on the worlds they’re based upon. On the same note, it’s also interesting that they all have similarities in both their settings and structure of story-telling, as each tells their own story in a non-linear fashion. This isn’t a bad thing at all either, even if I may disagree with their choices of narrative at times, although it does lead me to question why these sorts of anime always seem to be told to the audience in a non-chronological or segmented way.

Is there a particular reason as to why 19th/20th century shows are often told in this way, or is it merely a choice made to fit the narrative they’re wanting to construct? It’s a question I can’t answer myself, but it is something I thought about during episode 2 of Princess Principal quite often.

Princess Principal managed to convince me with episode 1 that it could be on the same level as either of those shows, and, more importantly, I enjoyed it more than what I’ve seen of either of them as well. One of the reasons behind why I was both interested in the show and convinced in its quality was purely based on my speculation of the episode titles, showing that PriPri was also likely going to have a non-chronological narrative structure. I feel that it’s fitting of a show about espionage and spies to tell us information in a sort of cryptic and indirect way and makes this narrative choice on point with other anime of its kind.

While the first episode was more about getting into the espionage concept of the show, seeing exactly what sort of work they’re assigned to do, it also gave us a basic introduction to the setting, characters, and structure of how their organization works. The second episode, however, takes a bit of a different approach; one that I find fascinating from a viewer standpoint. Think about how different this show would be perceived if episode 2 was instead episode 1, as would normally be depicted by its “Case 1” episode title. 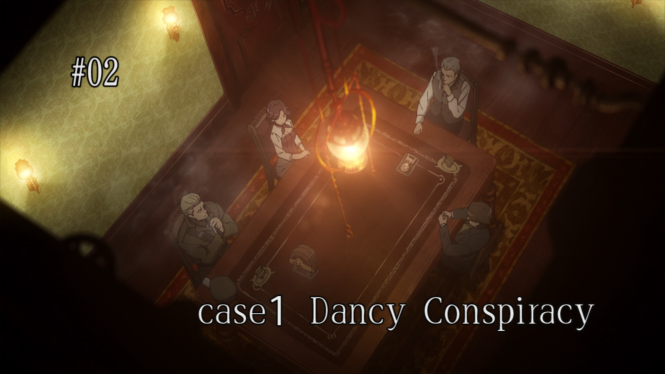 Even if you disregard the concept of not having a segmented narrative, the show would have gotten far more criticisms had it opened on episode 2 as the first episode. This may seem a bit ridiculous to consider at first, as obviously episode 2 was not meant to be made as episode 1, but it does add an addtional layer as to how engaging the concept of a non-chronological narrative can make a show vastly more entertaining.

Putting this chronologically “first” episode as episode 2 though gives the viewer a sense of faith in the show, allowing this episode to be more of an explanation of how things in episode 1 came together rather than about how the show will function in the future, something that’s very crucial to display to your audience in the first episode of any anime. This way, episode 1 can be more of a “proof-of-product” and episode 2 can fundamentally build on the solid foundation set by episode 1. Personally, I also just think that leaving background information towards a later episode allows for more dynamic developments to occur later in the series, as it gives you more time to learn about the characters through their actions rather than front-loading the backstories and histories of these characters and the organizations involved.

This choice of non-linear story-telling is also interesting considering the actions of Ange, especially since she’s already proved to be someone that cannot be trusted by anything she says, giving her actions even more meaning than her words in most cases. Learning about these characters by merely watching them is always a fascinating choice by a narrative, and given the subject matter of espionage within this show, makes the concept even more enthralling than normal. This smile is very deceptive. Do not trust it, no matter what your brain might be telling you.

Assuming all episodes will be based around these sorts of mini-missions that these girls embark on in order to make things go their way for their section of the country, I can’t wait to see what mysteries to uncover about these characters through their deceptive actions of doing their jobs as spies. I’m sure each mission will bring about new spouts of character development for each of these girls and also enlighten us about the status of the world around them.

While I haven’t really talked much about the mission in this episode, it’s not really necessary for me to do so, as it’s obvious to see that the nation is clearly divided in a way that’s hostile, and likely our bad-ass crew of spy girls will be there to stop corruption from spreading, as long as their group can benefit from it in some way. Granted, we’re not even sure if this group of girls is really doing the morally good thing or not, but I’m sure that’s something else that we will slowly learn as the show continues, and I wouldn’t be surprised if some of these cases spur discussions about the morality of our characters’ actions.

I’m pretty excited to see what sort of surprises this show will bring to the table, as it’s already surprised me several times within just these two episodes. Even if it’s revealed that the spies are part of the corrupted system somehow, I don’t think anything can stop me from rooting for my new favorite crew of spy girls doing spy things.