As this post comes rolling through, it seems that half of the Summer 2015 anime has already aired and most people probably have already formed opinions about what they’re watching this season. As standard procedure though, I’m going to roll out what my thoughts are on these series and tell you why I continue watching the anime that I’ve chosen.

Also as standard procedure I’m going to talk about a formatting change that happened while I was writing this. Normally I have a tier list showing what anime are good-meh-bad, but I feel that’s not exactly a good way to go about it when I’m watching only a select few series. So, I’m now switching to a recommendation system, which will basically be if I recommend the anime or not from what I’ve seen thus far. Of course, the commentary will still be there to support why I recommend/don’t recommend a particular series, and the way I do that will not change. I may switch back to the old format in the future when I pick up more shows, but for now, I’m sticking with my new system. It’s a work in progress, so I expect these posts to change formats often depending on the circumstances I’m put in.

Anyway, let’s get to the backlog.

Now moving on to the content and what I’m watching this season! Hooray!

I will fight you if you say this opening isn’t gorgeous.

Yep, here it is. The newest anime by KEY, lead by the director from Angel Beats!, Clannad, Little Busters!, ect. This anime is also being animated by PA Works, who is on a hot streak after their last successful work of Shirobako. People may still be concerned because the execution of Angel Beats! and by common knowledge that PA Works flops almost every other show they do. Worry not though, I truly think that this show will be a success. The characters and setup are exactly what I would expect out of a KEY anime, which means high amounts of drama, comedy, and tears all wrapped up in a small package. It most likely will not the best of their work, but it’s definitely visually appealing and is an easy way for people that may not know what a “KEY anime” is, to get a bit of a taste of what they have to offer. The anime has a really nice plot setup, and while the first half may seem more comedic, they’ve placed all of the hints that this show is nothing what it may seem on the outside. So, it’s basically standard KEY formula, which is why KEY fans will not be disappointed from what this anime has to offer. I expect comedy, drama, and crying your eyes out in the future of this anime.

“It’s fine!” – I’ve never seen a more applicable use of my stock phrase than right now.

Now, this anime actually took me for a surprise, and not in the way it did for lots of other people. I knew the twist, I saw it coming; you could pick that up from clever hints in the summary and the anime if you’re observant enough. But… I didn’t expect Studio Lerche to come up out of nowhere and not only animate with a very high quality, but also for the direction of the show itself to be executed so well. I read the synopsis and thought the anime was gonna be a moethon, an edgefest, or another really terrible Madoka rip-off. Turns out, it’s none of those, but has themes of all of them. While that may seem confusing, I can sum it up by basically saying the show manages to be both moe and extremely terrifying at the same time, which to be honest, I thought was complete bullshit until I watched the show. If you’re looking for healing, look elsewhere. If you want an interesting moe anime with some dramatic elements, then this is your show. If you’re not interested in moe anime, then don’t worry, this show isn’t as moe as it may seem, and if you think something is slightly off… well, it’s probably just your imagination. Everything will be fine.

This anime is really artsy and creative and is probably the reason why I like it so much. If you fear it might be too spooky for you from the picture, don’t worry. The previous anime I talk about is probably spookier.

Don’t be fooled by the main character’s appearance, it’s definitely a dude. I didn’t pick up the anime for that reason, but if you thought about it because of the cute girl MC, then you may want to rethink that right now. As for this anime, it’s an adaptation and celebration of a bunch of old mystery stories animated by… Studio Lerche. Where the heck did Lerche come from with all of this great quality? I dunno, your guess is as good as mine. The stories themselves are actually really interesting, and while I’m not entirely convinced of the character development that seems to be happening, the mysteries themselves make me want to continue watching this anime. It’s a bit niche for my tastes, but it’s definitely good and it keeps me entertained, and sometimes, that’s all it takes for an anime to be good. Intriguing and exciting.

The fire in the background represents their passionate love being unleashed. – Not really, but expect the whole anime to be symbolic like that.

Probably the most unique of all of the ones I’ve listed above is this anime right here. This is nothing what I expected this anime to be, and I am so happy that is the case. I expected another generic harem ecchi with some slight sexual shenanigans. No. This anime is hardcore. It’s almost reflective of a post-apocalyptic setting, except if the apocalypse was about sex instead of war or zombies or whatever. If you love sexual innuendos and sexual things, this anime will absolutely win your heart over. There’s lots of interesting themes involving censorship of sexual things, especially looking at Japan’s current status on them, and also has an interesting bunch of characters that will make you want to keep watching even if you absolutely hate ecchi and innuendos. Heck, it’s not even my type of show, but I want to keep watching anyway! It’s absurd and hilarious, sometimes in the most terrifying and accurate sort of ways, but that’s what makes it good. 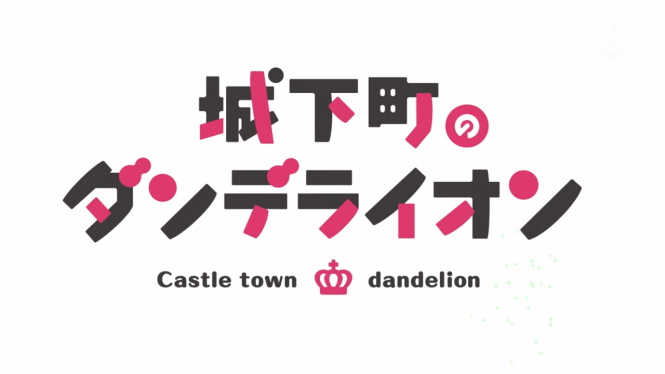 Despite the name, it’s not a fantasy anime. Trust me, if it was, I probably wouldn’t have wanted to watch this anime so bad.

Don’t get me wrong, I like this anime. I absolutely adore the characters (their personalities and actual designs make me want to die of cuteness overload) and love the fact that it’s not primary a show focused on the cute girls, but there’s a reason it’s in this category. It’s mostly because this anime is pretty two dimensional in terms of characters and story direction, but that doesn’t make it bad, nor does it make it any less fun. It just means that it had some lost potential against other anime in the genre. This is more of an anime that’s focused on the slice-of-life crowd, with some interesting elements, but not enough to make it be some revelation of the genre. The only thing that’s really concerning about this anime is the sometimes “budget” animation, but if that’s the biggest complaint in this family funfest, then I have minimal complaints as this show could have been so much worse than it was.

Also, since I know me and Mythos talked about it in either the last uploaded podcast video or one of the yet to be released ones, I’ll go ahead and state that I definitely did not watch this just because of the little sisters. I promise.

See? There’s a heart because they love him! That’s symbolism too. It’s just not as flashy as Ranpo Kitan.

On the flipside, I can’t say that I really liked this anime. It’s way too ecchi and full of fanservice for my tastes, but there are some positives even within the harem-filled monster girl goodness that some people may see within this anime. Again, Studio Lerche manages to make the animation 100% fluid, perfect, and smooth despite there being lots of crazy elements in this anime. Seriously, they did one anime before this (Assassination Classroom), I really have no idea how they’re pulling it off with three shows all being really nicely animated. Anyway, the MC is also not the most generic thing in the world, as that’s something that I also hate in all of these generic harem ecchi anime, so that makes it at least nice to watch. While I may not personally enjoy this anime, it’s still stands out both conceptually and also in its execution.

First, it actually is a short anime (9 minutes/episode) that utilizes the short format well, so it’s not super annoying to get through or anything. Second, it manages to get through all of the fluff and give you exactly what the anime suggests it will give, so there’s no unresolved misunderstandings or ass-pulls that last very long in this anime. Third, it’s probably one of the few ecchi anime that actually has uncensored stuff in the TV release, so if that’s the reason you’re watching this anime… well, there you go, that’s a plus. Most of the time you don’t even get that kind of stuff in TV releases (sometimes not even Blu-ray ones), so it’s unique in that regard as well. I can’t say that I recommend the show, as it’s pretty generic in lots of ways, but if you’re like me and somehow ended up watching this anyway, then I guess we got more than what we bargained for, which means that anime is being saved!… Right?

I thought this season would be pretty bad when I first looked at it, but when I looked again, there’s actually some really good picks that turned out to be unique and exciting. If you’re thinking that this season was the time to catch up on the backlog, you were just as wrong as I was. Now next season on the other hand… Well, we’ll talk about that when we get there. Until then, enjoy summer season!

Note from the Author: Interesting fact — I ended up making all of these posts longer than usual since I always seem to have trouble fitting in what I want to say in a few short sentences. I also had to rewrite all of them with my new approach because they sounded like really bad advertisements for the anime. I expect more format changes in the future, but that’s a ways off. Hopefully I can eventually make similar posts to these after shows end too, so we can get some closure on these thoughts I keep making. It’s bugging me as much as it may be you, so just keep up with what I’m doing and eventually I’ll get some extra time to pump out some additional posts.

Also, in case you’re wondering, everyone else is still alive, but deadlines and real life obligations are hitting all of the other writers pretty hard right now, but I’m hoping within the next month we can get some things moving again. We have lots of ideas and we’re all super excited to share them, so just hang with us! I appreciate all of the readers that take a look at this blog, even if you hate absolutely 100% of everything we do. That’s part of criticism too, after all, and I welcome it just as much as I welcome the support.

Anyway, I’ll get off my box now.

Next Post: Some kind of review or analysis. That’s all I know right now.