I’ve been reading online comics since they were probably a thing.  I loved catching up on Penny Arcade, Mega Tokyo, and XKCD, and have kept up the habit into award-winning series like Sunstone, Always Human, and Lore Olympus.  Obviously, the art and writing are why I continue to read, but the reason I’m able to pick these comics up in the first place is their accessibility.  While it was a little harder back in the day, free or low-cost access to a ton of comics online is an incredible achievement for independent artists and only doubly so in recent years with the start of various sites/apps like Webtoon, Tapas, etc., which not only host these comics and allow for more traffic, but also enable creators to get paid for their comics and make a living off of their art.  I’d never be able to find and keep track of all of these incredible international comics, whether from Korea, Australia, Europe or anywhere else, if it wasn’t for platforms like these.

So it’s odd to me that even with these platforms, I don’t see any indie Japanese comics internationally.

END_OF_DOCUMENT_TOKEN_TO_BE_REPLACED

Bakemonogatari, and the Monogatari series as a whole, is a very unique beast.  The anime spends as much time playing word games as it does going through its actual plot, and you may be surprised to learn that this is not just in its adaptation.  The first novel in the series, Kizumonogatari spends the first chapter talking around a vampire instead of about them, making play-on-words and constant asides rather than actually detailing the character the narrator is supposed to, dancing around the subject until they finally give in… The following chapter.

And this is basically the essence of this series.  Well, if you ignore the random outings into very yikes uncomfortable sexual scenarios and bouts with supernatural beasts.

END_OF_DOCUMENT_TOKEN_TO_BE_REPLACED 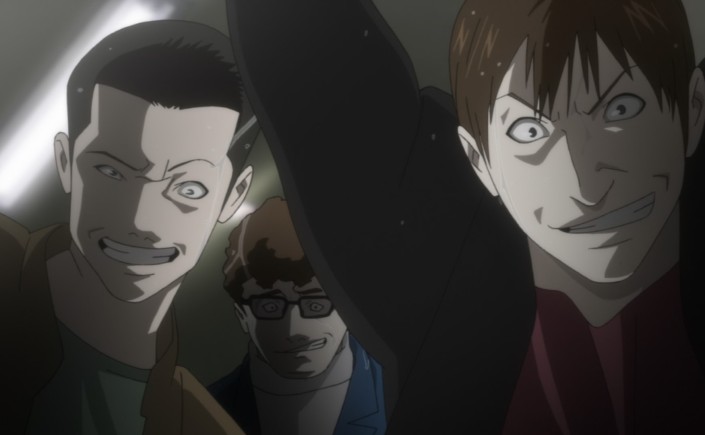 END_OF_DOCUMENT_TOKEN_TO_BE_REPLACED

For any of the 3D YouTube video links, up the resolution as high as will run on your computer. It’ll look like garbage otherwise because 3D uses a different standard for resolutions.

Also, I have not seen the full performance.  These ideas are taken from what parts are available online and what research I could find after diving into articles written about the show.

It’s a dark venue.  The stage is set up sparsely, with no instruments present, only three backing screens against the wall and a veiled screen on center stage.  All of a sudden, the music starts and the three screens light up to display very ethereal and blue landscapes that don’t follow conventions of design or reason.  Amongst the cacophony of electronic sound and imagery, a blue light materializes on the veiled screen and from the light emerges a girl, an idol in virtual form with humanoid features, but not nearly human enough.  She begins to sing.

At first glance, it almost seems like I’m describing a modern version of the opera scene from The Fifth Element and honestly, the alien nature and style wouldn’t be far off from this performance. In fact, though, I’m referring to an art show put on at the CTM Festival in Berlin that was all about Hatsune Miku.  If you tend to tune out when people start to go Ga Ga for Vocaloids, bear with me. This show might interest you specifically.