Okay, folks – it’s here. It’s week seven, and all shows have at this point finally hit the middle of their cour, which can only mean one thing. It’s time for a mid-season ranking post!

I want to treat this post a little differently than the ones I’ve put together so far – I’m going to be giving a look at each show that I’m still watching this season and rank them according to…criteria. Magic stuff. You know. We’ll start from the bottom and progressively work our way to the top of my list for this season. I hope you’re ready, because, uh, I’m not.

Putting together a ranking for the shows I’m still watching has proved to be a genuinely grueling task. While I initially felt that it would be a simple task, once I got past the bottom two, the reality of the situation set in pretty hard when I found my list constantly switching shows around to hugely different positions. I think, however, that I’ve finally hit a spot I’m comfortable with, so join me, won’t you?

END_OF_DOCUMENT_TOKEN_TO_BE_REPLACED I think we’ve lucked out in the seasonal anime department, y’all, because this is going to be another week where pretty much everything was rock-solid. While it would be fun as always to briefly highlight everything I watched, I think it would be more fun to switch things up a bit for this post, though, and focus on just a handful of shows that were really on point this week. So without further ado, let’s dig in!

END_OF_DOCUMENT_TOKEN_TO_BE_REPLACED I always love week 4 in a seasonal rotation. We’re really starting to get into the meat of the shows, I’ve dropped what I’m going to drop by this point, and things are generally going at a pretty solid pace. Well, that’s true for many shows, but given the slew of series that we have here, most of them just kicked pretty hard into overdrive this week. That, and we see the return of two favorites from last season that got delayed, so I really don’t know how any week could possibly be better than this one. Let’s do it!

END_OF_DOCUMENT_TOKEN_TO_BE_REPLACED Hey, welcome back to our weekly check-in! It’s hard to believe that we’re already about a quarter of the way through the Summer 2020 season, but here we are. We’ve got a lot of good plot and character development from a number of shows this week, a beach episode, and the first round of drops for the season, so this one’s a little packed. Hop on in!

END_OF_DOCUMENT_TOKEN_TO_BE_REPLACED 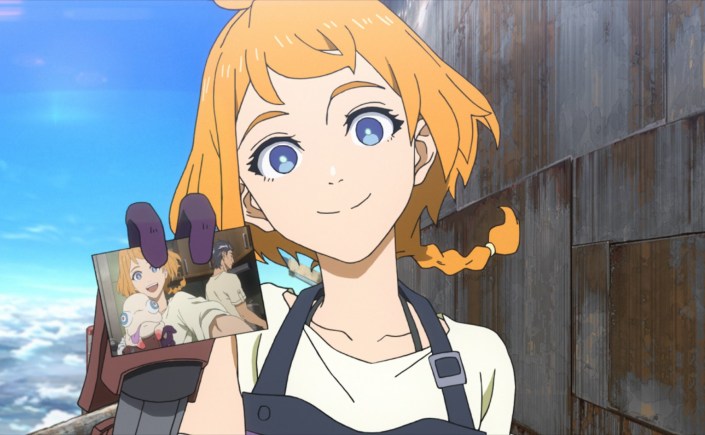 Nothing is more surprising than when an anime throws a curveball at you within the first few episodes of a show.

It’s not uncommon within shows to do this when they begin to ramp up its story into something larger than life or want to increase the scale of their plotline to emphasize their thematic point. Occasionally though, this does happen early on in the show as we see with this week’s’ episode of Deca-Dence, proving the reason that the “three-episode rule” mantra of many people’s seasonal habits exists for shows such as these.

END_OF_DOCUMENT_TOKEN_TO_BE_REPLACED Welcome back to the weekly check-in series! Now that we’ve got most of the premieres out of the way, the focus of these posts is going to be on what I think is still worth keeping up with, what’s lagging behind, what’s new (whether a series actually premiered later than others, or if I just started on it), and all that jazz.

All things considered, this was a pretty packed second week for most of the shows represented here, so hop on in!

END_OF_DOCUMENT_TOKEN_TO_BE_REPLACED Hey gang, Tofu here! This season, I’m debuting weekly check-in posts for the blog. Every Saturday, I’ll post an update on what I’m watching, what’s good, bad, and other on an episode-by-episode basis, and all that jazz. In this post, I’m just going to give you a look at what I ended up watching this week, so it’s a lot of info all out here at once. The following weeks may be a little different in format – we’ll just have to find out!