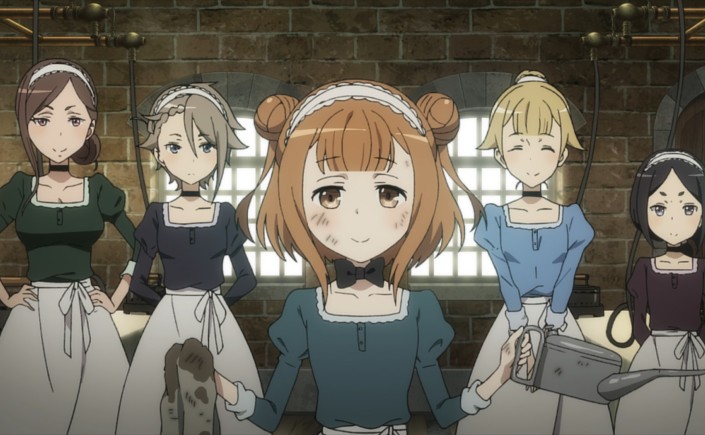 Another episode, another reason to like this show.  I have no idea how they’ll tie some of the threads between these different cases together as we’re now working our way towards the ending, but I’m enjoying the ride nonetheless.

While definitely a departure from the emotionally charged last episode, this one is just as good in what it attempts to do.  Going from sadness to peppy optimism this episode, our group of spy girls attempt to stop a nerve gas assassin by going undercover in a laundry mill, blending in with the other poor girls who are tasked with washing the military’s uniforms.  I have to say, every scene in this episode exudes the feelings and ideas of Rosie the Riveter, women working hard together and accomplishing great things by their own hands and effort, and the wonderful ways in which our main characters help these girls in the mill succeed and even buy out their own business to run it themselves was fantastic.  The ending then nicely tied the bow by the cast commenting on how they’ve left their friends in the mill empowered and able to take care of themselves now.  This is a great idea to see expressed in this show and Princess Principal never seems to drop the ball in representing some kickass female characters. 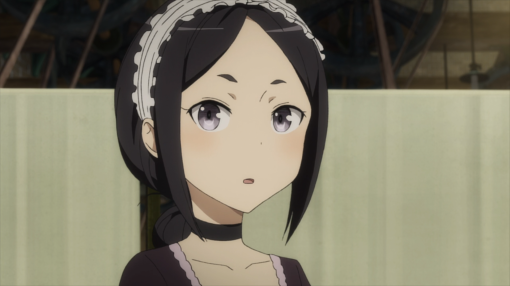 She is adorable but believe me.  She is insanely kickass.