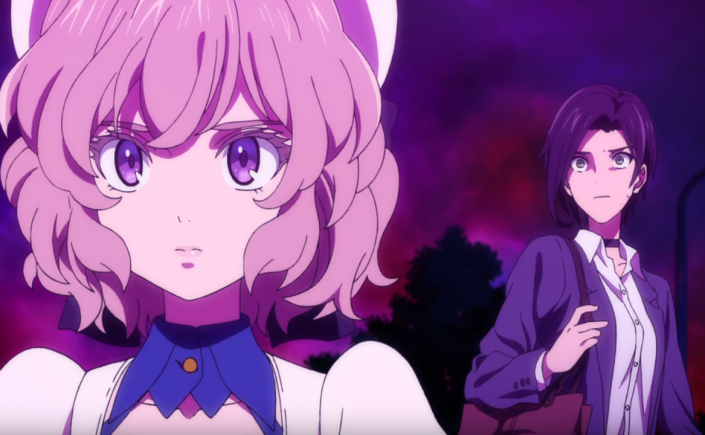 I’m a bit of a repeating record lately but there’s a lot to say about myth and magic.  And sure, it’s fun to think about the classics but what about the here and now?  Humanity didn’t stop making up stories when we stopped believing in the creatures in them.  Even now, we spread around a lot of fun creatures and ideas, as well as plenty of unique ones.  That’s something that In/Spectre seems to be tackling as their main arc this season: how an idea turns from creation, propagation, and then ultimately forms a fluid myth of its own that carries genuine power and weight.

Within the story of In/Spectre, Steel Lady Nanase is a ghost that was birthed not from the original dead idol that had tragically perished, but from a myth that her ghost had come back.  Even her form isn’t that of the original woman, but of an artists’ representation of what an idol in her costume would look like carrying a heavy steel beam.  Rather than a tragic incident birthing a dark creature, it was the thousands to millions of people that took that idea and fleshed out its mythos that caused a creature made from thought to come to life.